If you’re looking for a high-performance cooler, there are a lot of options out there. We’ve tested models from many different manufacturers. There are many differences, but one thing remains consistent. Rotomolded coolers will keep your ice frozen for close to a week, while basic coolers rarely last a day.

Even though all of these coolers perform very well, this isn’t usually the selling point. Some are more durable, others have handy storage features built in to them. Even though ice retention is the main advantage of these types of coolers, manufacturers are trying to find ways to set themselves apart from the competition. In some cases, this comes in handy. If you’re going to be throwing your cooler in the back of your truck, then a model with built in tie-downs is a good buy. If you’re fishing, having a tray to gut your fish in is a selling point. But not everyone is sold on features. Some of us just want something simple, that does it’s job well. If this describes you, then Engel has a cooler for you.

As soon as we learned that Engel produces their own cooler, we knew that things were going to be different. If any company could come in and shake up the industry, it’s these guys.

Why? Our first encounter with Engel was when we were researching 12V refrigerators. Engel fridges use an extremely efficient compressor, and produce a fridge that uses 90% less electricity than standard models. It’s so efficient that it can be run right off a solar panel.

What does this have to do with coolers? One of the main reasons Engels fridges are so efficient is the insulation. Although they are compact, they’re insulated better than even the freezer you have in your home. If their coolers use the same insulation, we expect to see some pretty impressive results. Let’s go hands-on and find out how this model stacks up against the competition.

When you’ve got a brand name that’s recognized all around the globe, I suppose you don’t have to focus on coming up with a catchy name for your products. Known simply as the “Engel Cooler,” individual models are identified by their capacity. Let’s take a look at the sizes and options available.

One of the things you’ll want to pay attention to is the actual internal capacity. Some vendors (Pelican, for example) rate their model numbers with the exact internal capacity. Others (like Rtic) use the external volume, so the numbers are always a little lower. But Engel is a little inconsistent with the way they round their numbers. So if you need a specific volume, double check with our chart above. 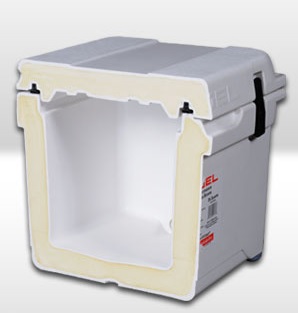 Like most high-end coolers, Engel manufactures every one of their products using rotomolding. They begin with a foam frame. This foam is about 3” thick on all sides – significantly more insulation than you’ll find in your everyday, run of the mill cooler. They then partially melt plastic pellets and rotate them at high speed until they coat the foam. The end result is what you see here.

One of the things that’s unique about the plastic they use is the additives. The coloring is 100% UV resistant. This means that even when it’s out in the hot sun all season, the paint won’t fade. It will stay looking like the day you bought it, no matter what nature throws at it.

Although the design is simple, it’s incredibly durable. This is the kind of cooler that can survive being dropped, bouncing around in the box of a truck, and generally being tossed as needed. It’s pretty utilitarian in this sense. Nothing too over the top, but always reliable.

The hinges are molded right into the plastic, using a stainless-steel pivot to keep things in place. The latches are pretty firm to open and close. Although it takes a bit of work, this pressure is important. Combined with the air tight gasket that runs around the edge of the cooler, when these latches are closed you’ve got an air tight seal. Bears won’t smell your food, and your food won’t be exposed to the elements.

While the Engel coolers are pretty plain and simple, it’s clear that they took time to make them extremely high quality. You’re not paying money for a bunch of features that you may or may not use. Instead, you get something that does one thing and does it very well. 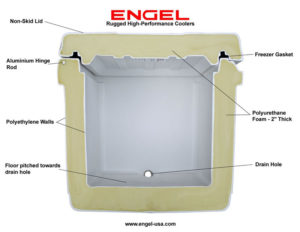 If you’re comparing the external dimensions against competitors, it will appear as if these models have a smaller capacity. That would be true. This is because they use thicker insulation than almost any other option on the market. Did it pay off? In many ways, yes. Ice lasted a full day longer than the Yeti, and the results were comparable with Pelican. That being said, Engel uses more insulation than Pelican and those two brands were neck and neck. So even though it worked in this case, doesn’t mean that you should just go and buy whichever option is the thickest. 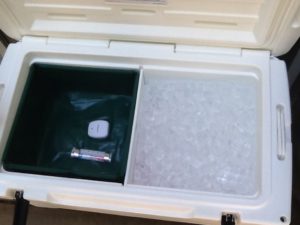 Although this cooler is pretty bare bones, Engel does offer a number of aftermarket accessories that can add additional functionality. Our two favorite options is the divider and the hanging basket. The divider is a simple sheet of plastic that slips into a groove in the center of the cooler. This is water tight. You could, for example, keep your beer in a mixture of ice and water. That ice won’t last as long due to the water, but it will keep your beer colder. After all, how long was that beer really going to last anyway?

The other side you can keep your meats, veggies, or anything else that needs to stay dry. The basket, on the other hand, is for food you want to keep out of direct contact with ice. The sandwiches you packed for the day are the perfect example.

If you picked the larger model, you can even get a large plush cushion that helps the cooler double as a seat! Can’t get more versatile than that.

There are four different color options. The most popular is the white, which is as plain as they come. There is also a camo brown that would look great at any campsite, or a haze gray that seems more like a shade than anything. But if you really want something unique, you can spring a few bucks for the camo one. This is authentic realtree graphics, making it a great choice for the avid outdoorsmen, or just dads who want to keep their teenagers out of their beer stash. 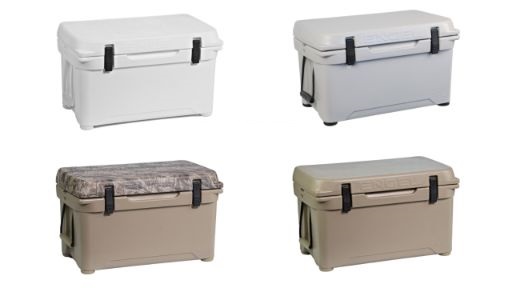 Our recommendation? Get the white. White is simple, easy to clean, and doesn’t show scratches. After several years, the white option will still look great.

Yeti is one of the most popular brands on the market. No matter what comes out, people are always wondering how it compares to the best-selling cooler on the market. You’ll be happy to know that they have a lot in common. Both models can support dry ice, both are bear proof, and both are roto molded. However, the Yeti is close to five or six days of ice retention while Engel gets 7 days. Engel is more affordable than Yeti, however their coolers are made in Thailand instead of the United States. So if you prefer to buy local, the additional cost can be justified.

When a company stands by their product, it’s a sure sign of reliability. In this industry specifically, warranties are typically much longer than we’re used to seeing. Some companies offer as little as three years, while others offer lifetime. Engel has a five-year warranty.

What does the fine print say? This is a limited warranty. This means that they’re replace any defective part unless it’s clearly not the fault of manufacturing. This could go either way. If your cooler sustains sufficient and visible damage (for example, falling out of the back of a truck) it’s possible they may say no dice. They also state that they may simply ship you a replacement part instead of replacing the unit as a whole, but this (fortunately) only applies to the seal. Every other component isn’t user replaceable, so you’ll be getting a new cooler if needed. That being said, this is one very durable cooler. The chances of needing to use the warranty is slim to none.

One of The Best Coolers

We wrote a guide identifying the best coolers for 2018. Click here to check it out, and see how it stacks up against the competition. 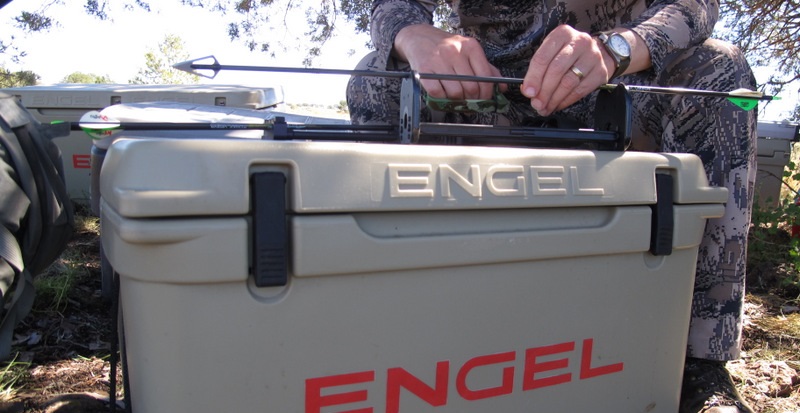 If you’re going to compare a high end rotomolded cooler to the standard models you can pick up at Wal-Mart, the difference is night and day. Any option with dense insulation and molded plastic will last several days, where most turn your ice to slush by the time the sun sets. But when you start to compare one high end model to another, the differences are a little more subtle.

Engel coolers are the utilitarian option. They’re utilitarian, and don’t offer many bonus features unless you’re willing to buy accessories. That being said, they are still one of the most affordable options on the market, and they manage to have some of the longest ice retention we’ve seen. The only model that compares to this is the Pelican, which costs quite a bit more.

If you want something simple that does it’s job well, this is a great buy. Your food will last a week, and your purchase will last many years, even if abused. 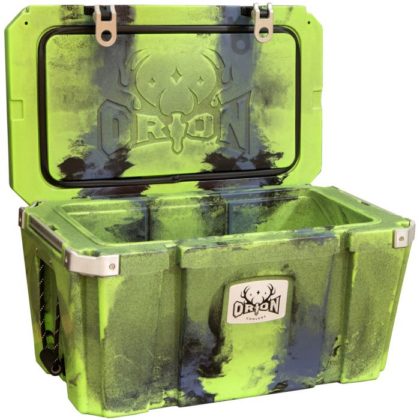 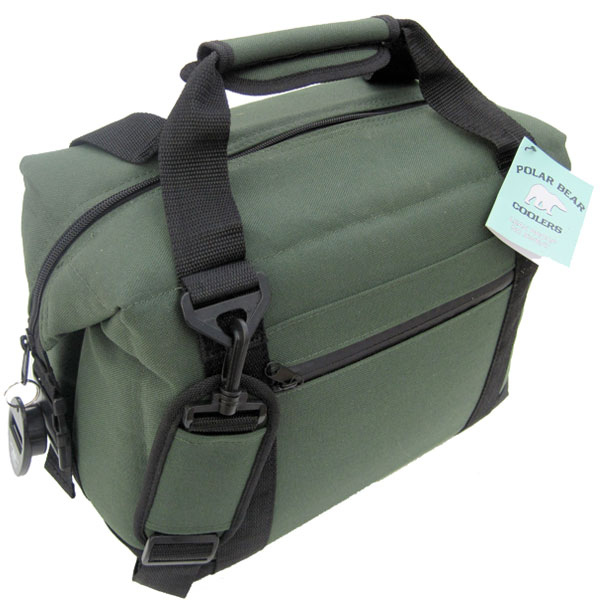 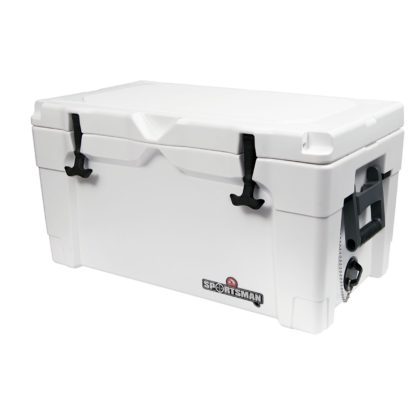 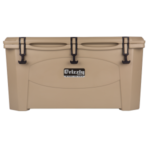 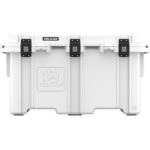