How do soldering irons work? 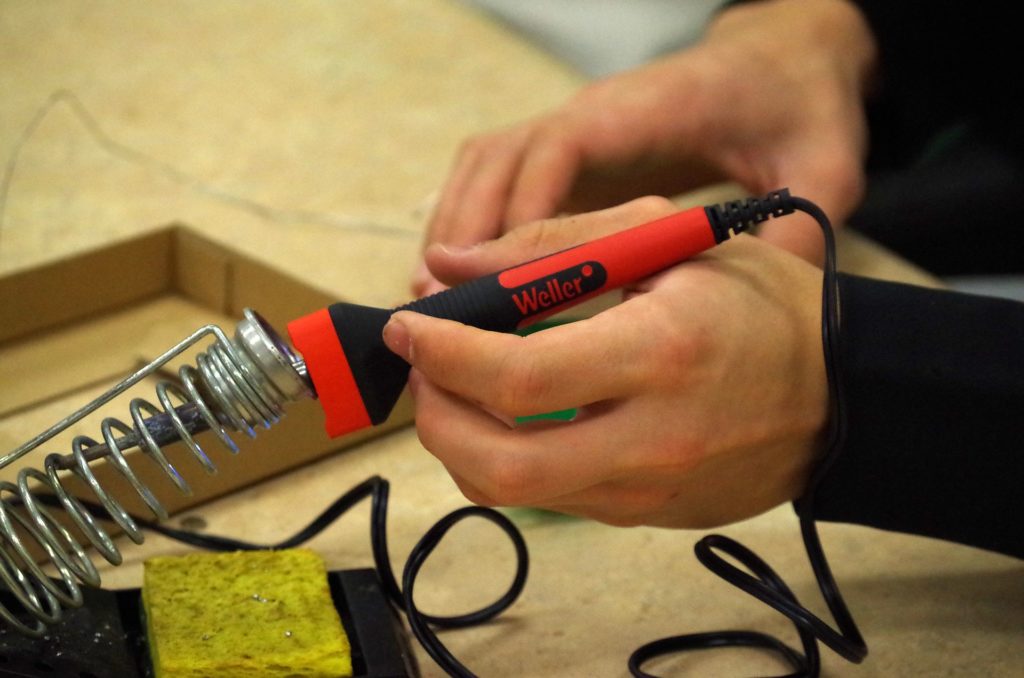 The crucial component of any soldering job is, of course, the solder. Solder is made up of soft metal alloys, usually composed of a combination of different materials. Typically, this includes a low percentage of a soft metal alloy (such as zinc or copper) and a high percentage of tin. Tin is also a relatively soft metal, but it helps make the bond between the workpieces stronger. Another major component of solder is flux. Flux is a chemical agent that comes in gel form which is used as a catalyst for soldering. It used to transfer the heat from the soldering iron to the metal so that the solder can form a chemical bond with the metal. Many solders already contain flux in the core of the soldering metal. These are called “core solders.” You can also buy flux separately and add it yourself while soldering. The solder itself comes in the shape of a spool.

There are five main types of soldering irons available. These are stations, adjustable irons, pencil irons, cordless irons, and torches. The first four operate on the same basic system described above. The soldering iron contains a high resistance electrical current that heats the tip, and the heat it used to melt solder that bonds workpieces. The difference between the first four main types of soldering irons has more to do with user interaction than functionality. You can read more about these differences here. Soldering torches are slightly different, and are technically not irons. They are not effective for most basic soldering iron projects because they produce far too much heat. But, they are useful for soldering harder metals or for brazing. You can read more about torches here.

What are the best types of soldering irons?

Generally, this depends on how you intend to use it. But if you want more information on this topic, definitely check out our guide on the best soldering irons for any budget. We cover this topic more in-depth there, and provide all of the information you need to find out which one is right for you.